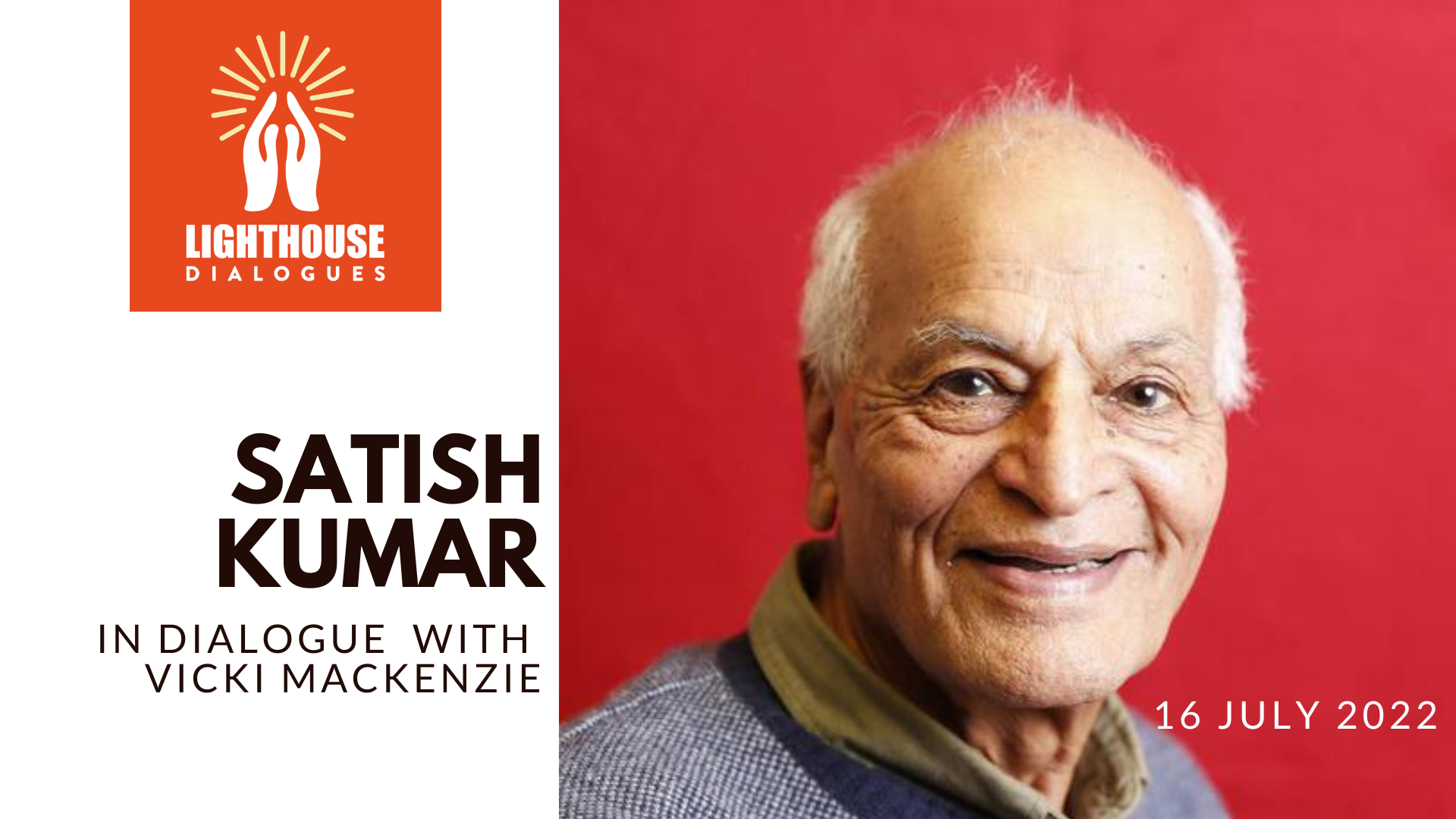 In this third interview of the Lighthouse Dialogues, journalist and author Vicki Mackenzie will talk with peace-pilgrim, life-long activist and former monk, Satish Kumar, who has been inspiring global change for over 50 years.

Peace-pilgrim, life-long activist and former monk, Satish Kumar has been inspiring global change for over 50 years. Aged 9, Satish renounced the world and joined the wandering Jain monks. Inspired by Gandhi, he decided at 18 that he could achieve more back in the world and soon undertook a peace-pilgrimage, walking without money from India to America in the name of nuclear disarmament. Now in his 80s, Satish has devoted his life to campaigning for ecological regeneration, social justice and spiritual fulfilment.

Satish founded Schumacher College as well as The Resurgence Trust, an educational charity that seeks a just future for all. To join Satish in protecting people and planet, become a member of Resurgence (with 20% off), entitling you to this charity’s change-making magazine, Resurgence & Ecologist.

Satish appears regularly on podcasts, radio and television shows. He has been interviewed by Richard Dawkins, Russell Brand and Annie Lennox, appearing as a guest on Radio 4’s Desert Island Discs, Thought for the Day and Midweek. Satish presented an episode of BBC2’s Natural World documentary series, which was watched by 3.6 million people. An acclaimed international speaker and author, Satish’s autobiography sold over 50,000 copies, inspiring change around the world.

About the Lighthouse Dialogues

The Lighthouse Dialogues is a series of new events, organised in collaboration with Jamyang Buddhist Centre London. Twice or thrice a year, author Vicki MacKenzie will interview ‘current lighthouses’, i.e. spiritually advanced, inspiring, and profoundly wise contemplative practitioners, who could function as a lighthouse – a beacon of light and understanding – for others. The interviews are accessible to the general public, and will also be recorded and made freely available on our Podcast and YouTube channels.

Join the conversation on LiveStream on YouTube or Zoom – tickets available here.